It’s a life mission of mine to attend a butt load of film festivals all around the world. I seriously wanna hit up as many as physically possible. Something I didn’t imagine, however, was Málaga Film Festival ever being a part of that list.

The foreign film festivals I’ve attended so far have been pretty sweet. I’ve been to Berlin twice, IDFA Amsterdam and most recently Cannes film festival. The film festivals still on The Dream List are Toronto, Sundance and Venice, obvs.

Those are the Mean Girls of the film festival world, along with Cannes. Effortlessly fabulous, untouchable with stellar reputations and a lil’ bit elitist. They will not acknowledge you in the hallway if you are unworthy but you still want to be their friend.

What I didn’t know is that Málaga film festival was also happening in Málaga at the same time I was there!

Except that’s a bit of a lie. It was technically Film Festival de Málaga’s Cine Clásico event… But I’m totally counting it. 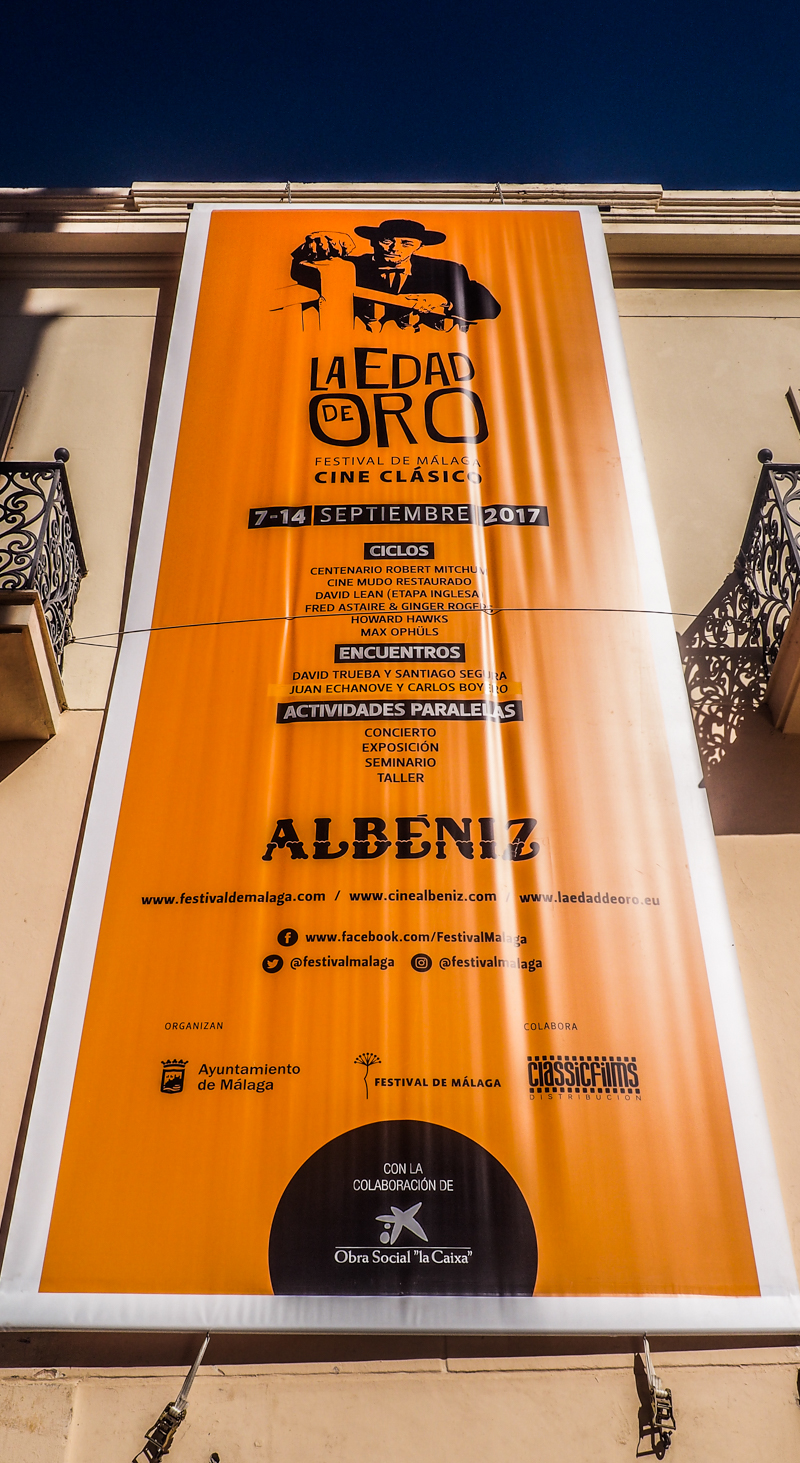 It was actually such a well organised little film festival. Posters in sunshine yellow covered the Cine Albéniz with cocky Robert Mitchem jauntily leaning on a porch ledge with his knuckles etched with ‘LOVE’ in The Night of the Hunter (1955). And the cinema itself was clearly independent but well-loved in the local community.

I discovered the film festival’s existence after checking the cinema’s website and deciding to watch Churchill (2017) on my first night in Málaga (don’t judge, it was the only English film showing!) when I saw the posters. Luckily, there were films on the next day and I decided to watch the Fred & Ginger Hollywood classic Top Hat (1935).

Can you believe I’d never seen a Fred Astaire and Ginger Rodgers picture before that night?!

It was a really enjoyable film, and with that screening, I had attended my 5th international film festival. Don’t you love such happy coincidences?!

Sharing is Caring! Pin me: